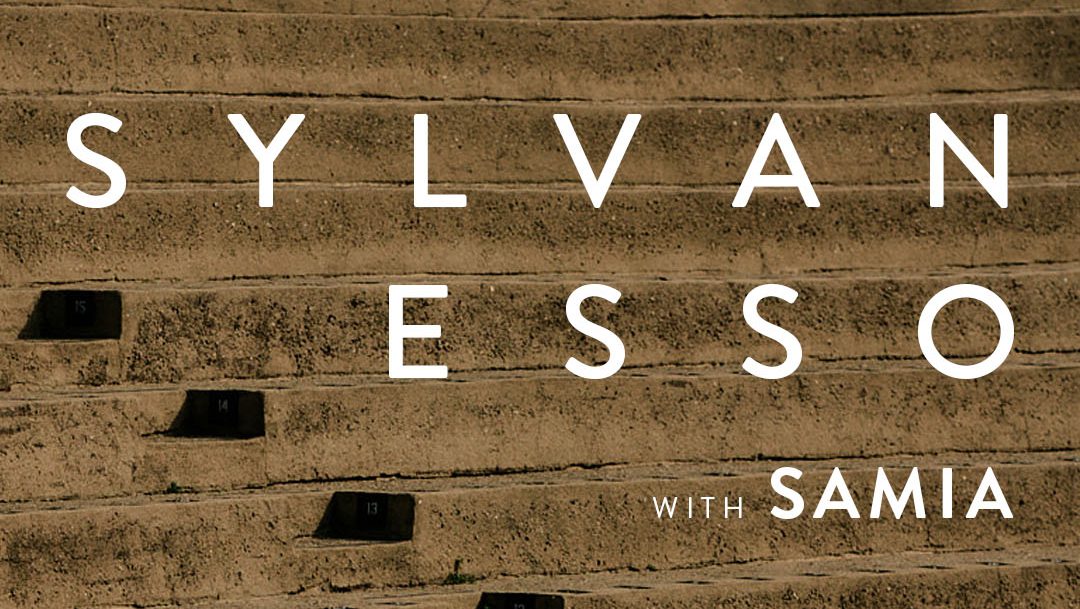 – Proof of full vaccination against COVID-19 OR negative PCR test results (taken within 72 hours) is required to attend this event.

– Please bring your vaccination card (or a photo of it) OR negative PCR test results (dated within the last 72 hours) along with a corresponding state or federal ID for entry.

– The CDC defines “full vaccination” as 2 weeks after the final dose of a COVID-19 vaccine. Boosters are not required.

– Rapid/home test results will NOT be accepted.

– While not required, mask-wearing is encouraged.

– Please be respectful of our staff and your fellow concert goers. Anyone caught being abusive to any of our staff or guests will be removed from the property, no exceptions.

Sitting in a Wisconsin deli in 2012, Amelia Meath told her new friend Nick Sanborn she wanted to start a pop band. She proposed a simple division of labor: She’d write and sing their emotionally multivalent songs, wrapped around seemingly effortless hooks. And he’d make the beats that drove them, slightly slippery instrumentals that winked at his abstract electronic inclinations. For a time, that was the premise of Sylvan Esso.

But during the last seven years, those responsibilities have morphed. Meath and Sanborn’s roles have become so intertwined that every moment of any new Sylvan Esso song feels rigorously conceptual but completely rapturous, their compelling central paradox. “Making music now looks like both of us sitting in a room together and having small arguments,” Meath quips. That dynamic thumps at the heart of Free Love, Sylvan Esso’s instantly endearing third album and a charming but provocative testament to the duo’s long-term tension.

“At the heart of Sylvan Esso is this really fun argument—Nick wants things to sound unsettling, but I want you take your shirt off and dance. We’re trying to make pop songs that aren’t on the radio, because they’re too weird,” says Meath. “It’s a pop band, but we’re talking about complicated emotions.”

You could frame Free Love in a dozen different ways. You could, for instance, declare it their undeniable pop triumph, thanks to the summertime incandescence of “Ferris Wheel” or the handclap kinetics of “Train.” You might, on the other hand, call it their most delicate work yet, owing to Meath’s triptych of gently subversive anthems—“What If,” “Free,” and “Make It Easy”—that begin, end, and split the record into sides. You could label Free Love their modular synthesis album, since Sanborn’s explorations of those infinite systems shape so many of these daring songs. And you might even call it their marriage record, as it’s the first LP Meath and Sanborn have made since trading vows. But we’re not here to talk about that.

Instead, the thread that binds together every scintillating moment of Free Love may seem surprising for a duo that has already netted a Grammy nomination, made some of their generation’s sharpest pop daggers, and generally approached their work with an anything-goes esprit: Finding confidence. An album that implores us to consider that our assumptions about our world might be wrong, Free Love asks major questions about self-image, self-righteousness, friendship, romance, and environmental calamity with enough warmth, playfulness, and magnetism to make you consider an alternate reality. These are Sylvan Esso’s most nuanced and undeniable songs—bold enough to say how they feel, big enough to make you join in that feeling.

Sylvan Esso’s newfound self-assurance stems less from past successes than what they’ve done since their last record, 2017’s What Now. In the woods outside Durham, North Carolina, they built their own studio, a microcosm of and for their creations. That’s where they holed up for two weeks during the Fall of 2019 to rehearse for “WITH,” a brilliant year-end run as a 10-piece band that sold out the Walt Disney Concert Hall twice, the Beacon Theatre twice, and their hometown Durham Performing Arts Center twice. Free Love was half-finished then; those shows suggested new ways Sylvan Esso could and would evolve.

“Before we did WITH, I was concerned it would feel gimmicky. But once we did that, it still felt exactly like our band,” remembers Sanborn. “That changed the way we thought about making Free Love. If we make it, it will still feel like Sylvan Esso.”

You can sense this conviction in every word Meath sings here. Like the album title itself, these songs overflow with double entendre and striated meanings, each phrase daring you to listen a little closer. She begins by cooing a plea for us to reimagine our relationship to potential and power, then dives headlong into the propulsive “Ring”—a pointed treatise on the seesaw of risk and reward that defines any relationship and how it can become the game that redefines your life.

She renders “Frequency” as a melodic whisper but leads “Numb,” a daring call to push past apathy, with the cool conviction of some impassioned professor. The dizzying “Train” poses thorny questions about cultural disposability through an undeniable, indelible refrain—Meath seems to smile as she sings it, letting you in on a joke that doubles as a deep critique.

Confidence animates Sanborn’s slyly sophisticated production, too. For years, he hesitated to commit to the universe of modular synthesis—it required such an extreme commitment, a headlong dive into an unknown system. But he finally allowed himself to indulge, spending countless hours searching for new sounds in an endless array of knobs and wires. The ingenious results from Sanborn’s months of free play frame Free Love. The glitchy chime that serves as the wooing core of “What If” emerged from those experiments, as did the warped piano line that unfurls beneath the sweeping chorus of “Numb.” These sounds are subtle but intriguing—when you notice, you listen again, trying to tease out their alien origins.

And for “Free,” he broadcast the almost-finished song through an ad hoc FM signal he set up in their studio, a nod to a lifetime pondering the ways that radio stations interfere with one another in open spaces. The choice makes Meath’s reflection on stardom and artificial intimacy feel timeless, a spectral transmission spirited in from another era. Sanborn’s work here proclaims there’s no right way to build a song—these are just the ways he’s found right now.

Free Love thrives on collaborative frisson—two people pushing one another into new territories with the shared assurance of knowing they’re in good company, a sort of trust fall in reverse. Yes, these 10 songs are some of Sylvan Esso’s most direct. And most delicate. And most intricate. And most urgent. Free Love carries the confidence of two people delighted to be all those things, together, at once.